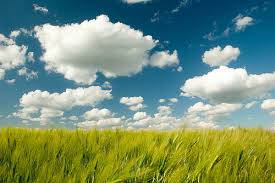 So what are you waiting for…..? Ever wanted to access the financial accounts of your competitors, customers, suppliers or potential targets?

It is easy to forget that many new companies can still apply for the national insurance holiday on new recruits which is available until 5 September 2013. I am unsure if it is my background of working with venture capital backed businesses but I always find myself thinking in 3-5 year time horizons.

So when I am advising businesses on strategy or exit planning this seems a natural reference point as this is the typical timeframe VCs will tend to use in seeking a return for their investors.

But I think this 3-5 year timeframe is useful for entrepreneurs with respect to how you plan your life.

Let me share a personal example: I try to view my working life in 3-5 year periods and try to allocate a project to each. I use the term “project” broadly which could mean a business, career, job, vocation, whatever. So there is 3-5 year time period to build it (whatever “it” might be) with a view to an exit or delivery on the next phase of growth within this timeframe.

Why is this important and how does this thinking help?

Well I am fast approaching the grand old age of 40 and I have been working on my current project for just over 4 years so I am now thinking:

Thinking I might have 20-30 years of working life ahead of me allows for lazy thinking. In contrast, thinking I might only have 4-5 projects left to immerse myself in over the remainder of my life is sobering (to say the least).

So rather than plodding on with your business or career, ask yourself how long you’ve been working on your latest “project” and how many projects you might be lucky enough to fit into the remainder of your life?